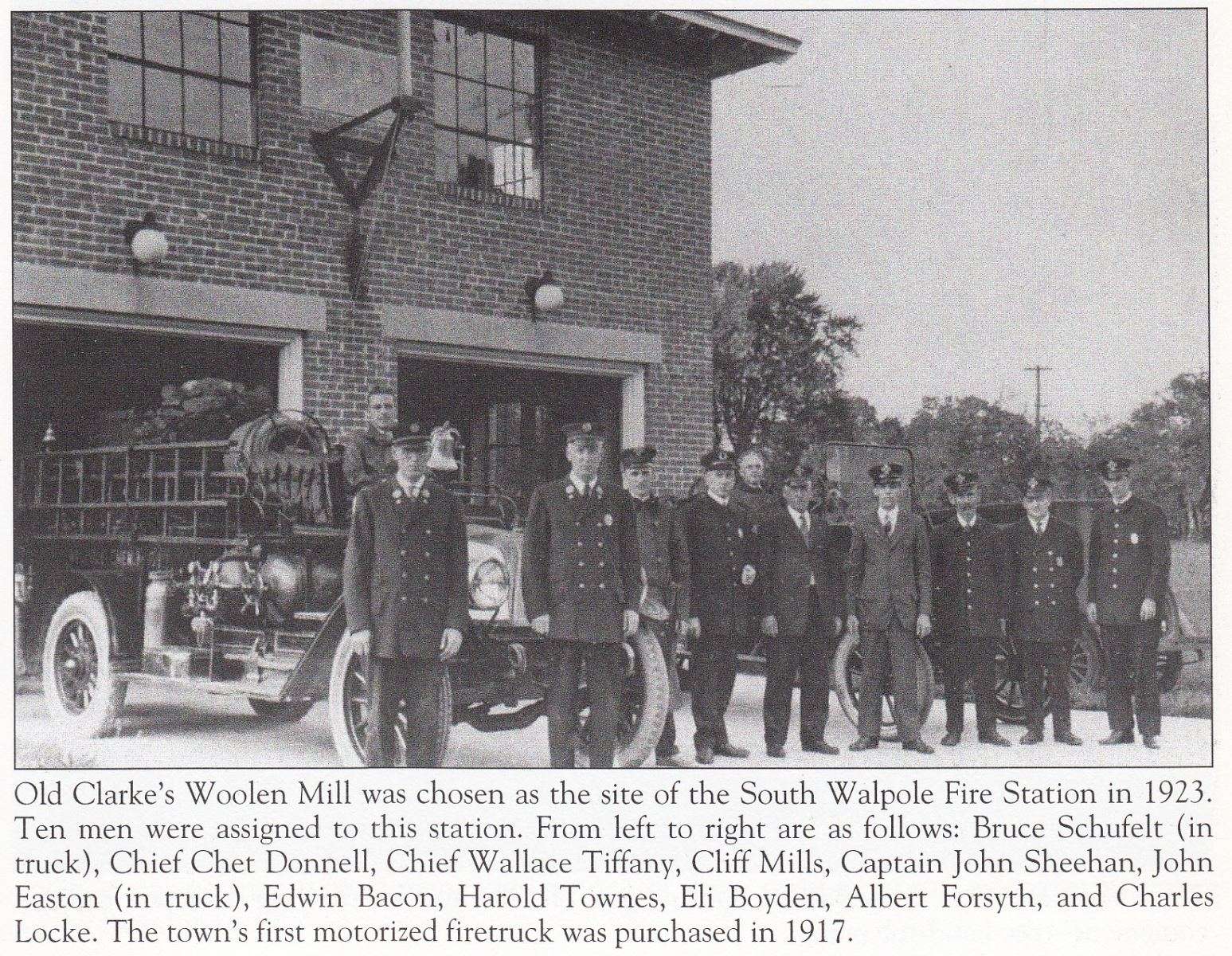 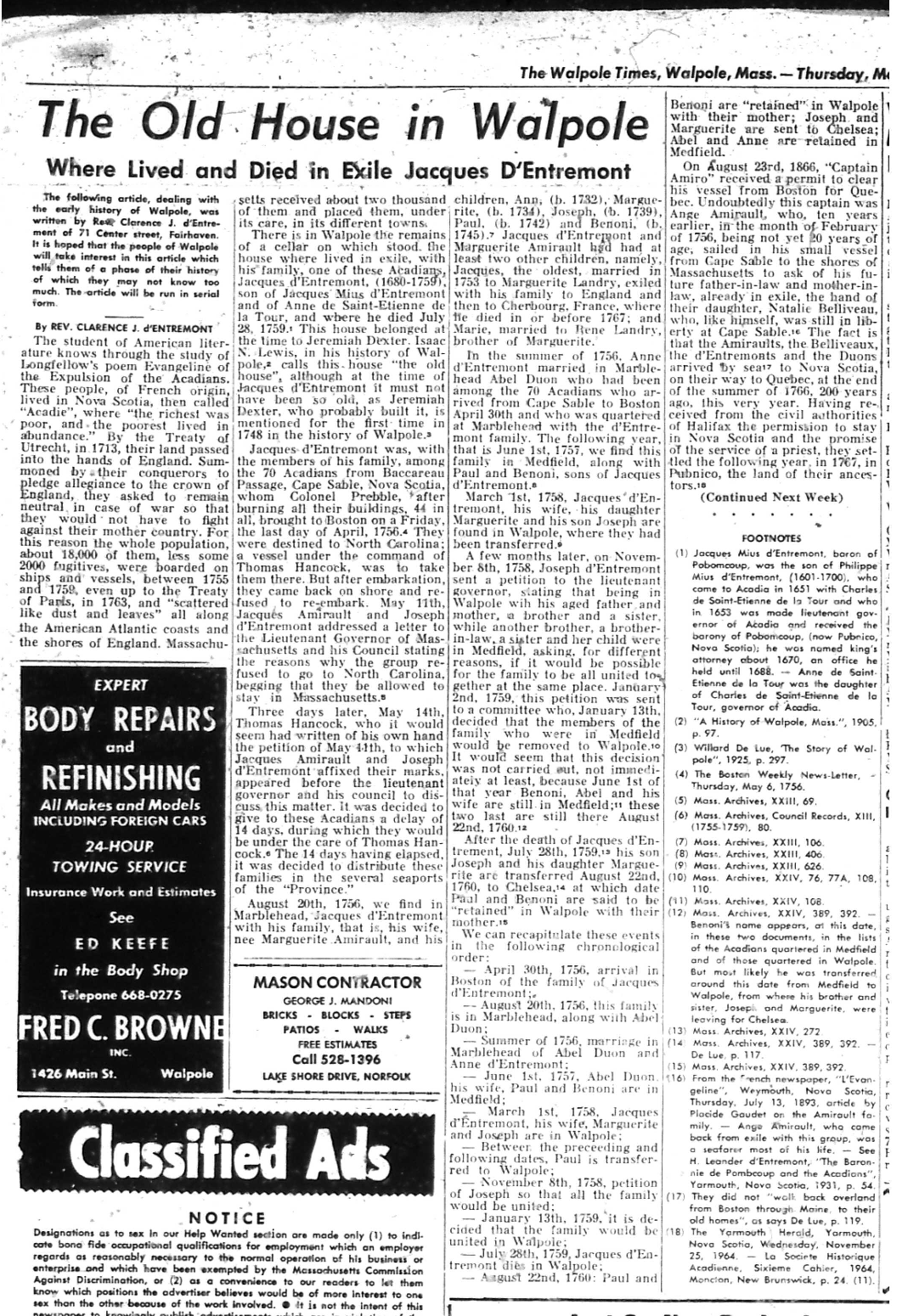 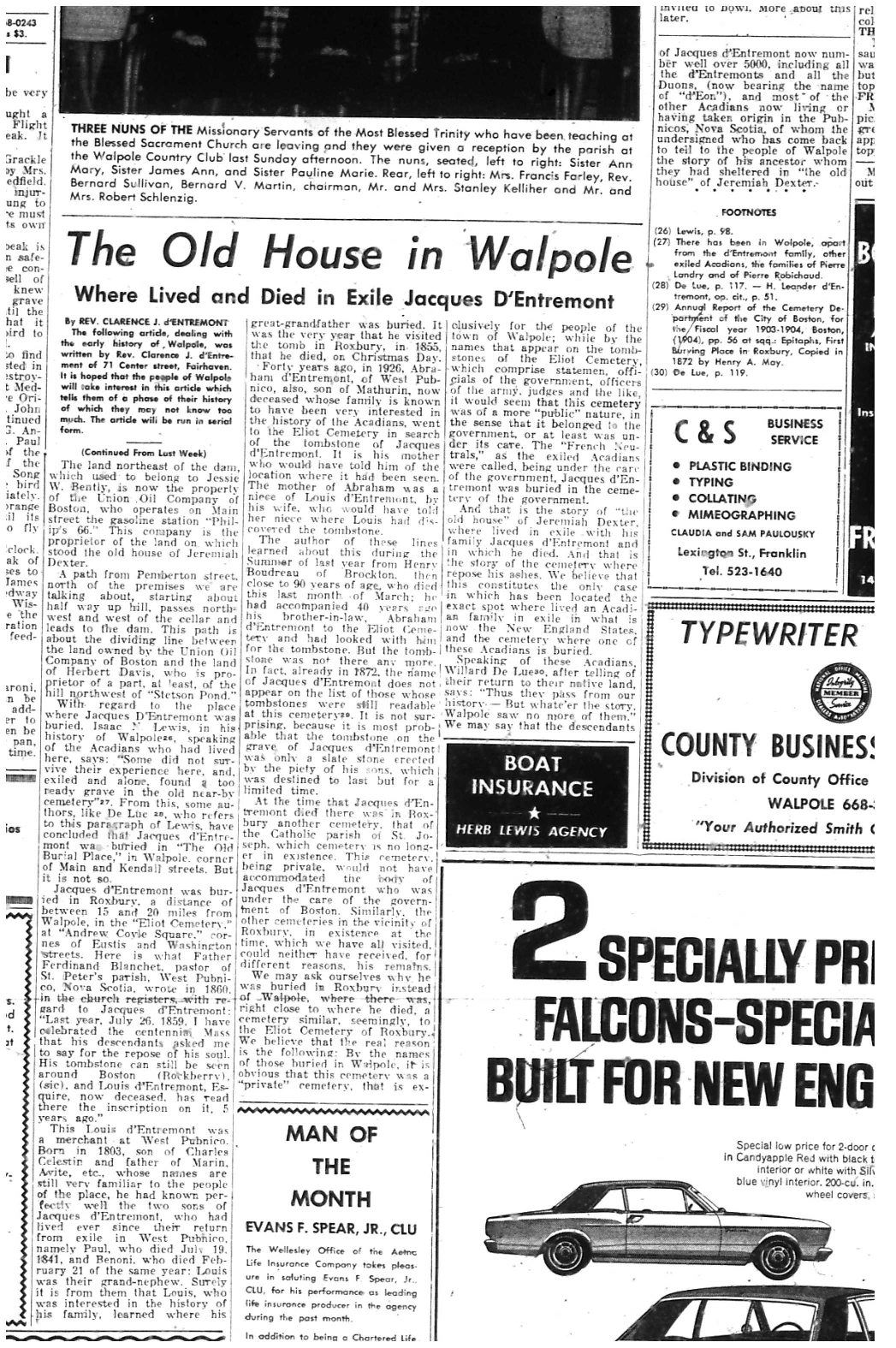 In 1929 the Town of Walpole received a legacy of $50,000 from Harriette F. (Blackburn) Nevins (Mrs. David Nevins) of Methuen, for the erection of a public building in memory of her father and mother. Her father at one time lived and carried on business in Walpole. This building is the Blackburn Memorial Building. In addition, Mrs. Nevins left $2500 to build a fountain for horses and dogs. This fountain is erected on School St. nearly opposite the Stone Schoolhouse (same location as the Walpole Public Library).

The Boston Post presented a cane intended to be “owned and carried” by the oldest citizen of Walpole beginning in 1909. Upon the decease of the present oldest citizen, it is duly transmitted to the then oldest citizen.

The cane itself was manufactured especially for this purpose by J.F. Fradley & Co., of New York, of “carefully selected Gaboon ebony from the Congo, Africa, and the head is made of rolled gold of 14 karat fineness,” as noted by E.A. Grozier, Editor and Publisher of The Boston Post in his letter to the Board of Selectmen of Walpole in August of 1909.

Walpole’s Boston Post cane is on display in the Town Hall next to the Town Clerk’s office.

The Railroad in Walpole 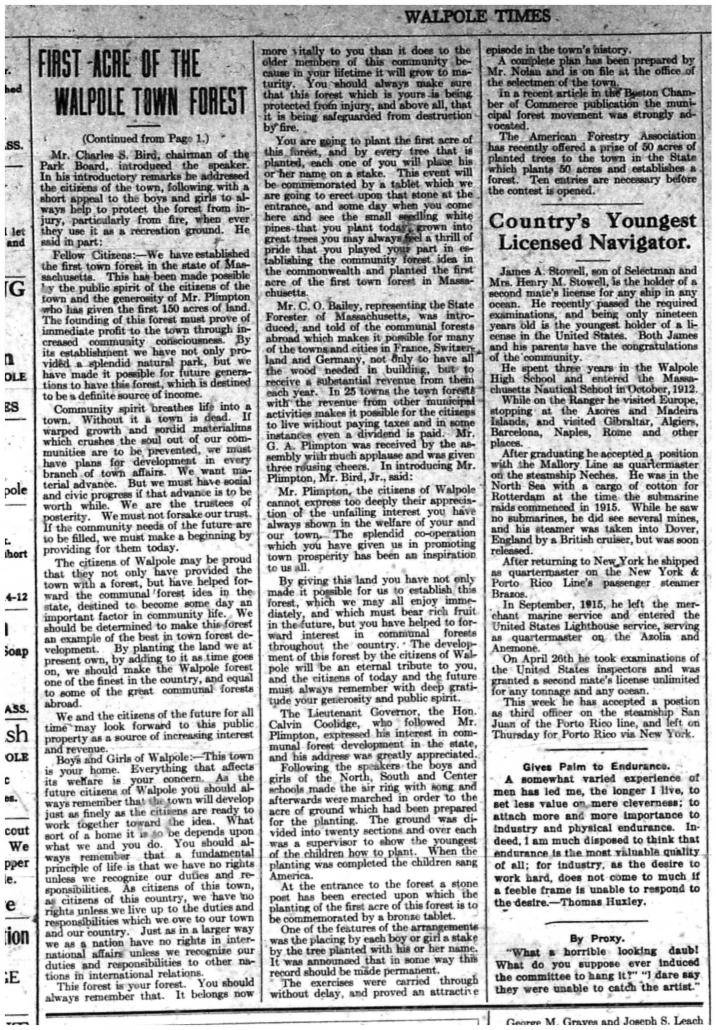