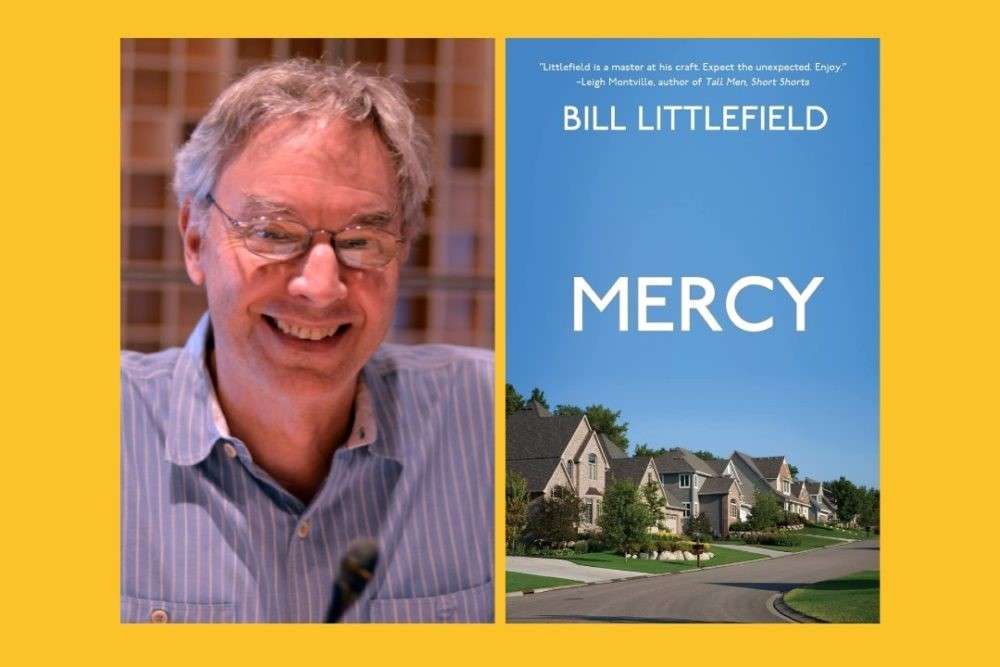 Bill Littlefield is a retired radio host who has written nine books, seven of which have been published. For 34 years he wrote and voiced commentaries for WBUR and NPR; for 25 of those years he also hosted “Only A Game,” NPR’s weekly sports magazine program. Three of the books he’s written – The Circus in the Woods, Champions, and Take Me Out – have been meant for young readers.

In July, Black Rose Writing published his most recent novel, Mercy, which follows a career criminal and a cast of characters who interact in surprising ways. The novel is made up of the interwoven and overlapping stories of a collection of people who have in common a suburban neighborhood. Some of the characters live there, a couple of them die there, and a handful of them commit felonies there.

Critics have praised the book with such phrases as “clear prose and crisp dialogue”… “a most human story”…“a wonder and a pleasure”…“crackling with energy, and quick with life”…“tells his stories with astonishing skill”… “Littlefield is a master at his craft”.

In his talk, Bill will explain how he came to create Mercy, plus other details of the writing and publishing process.