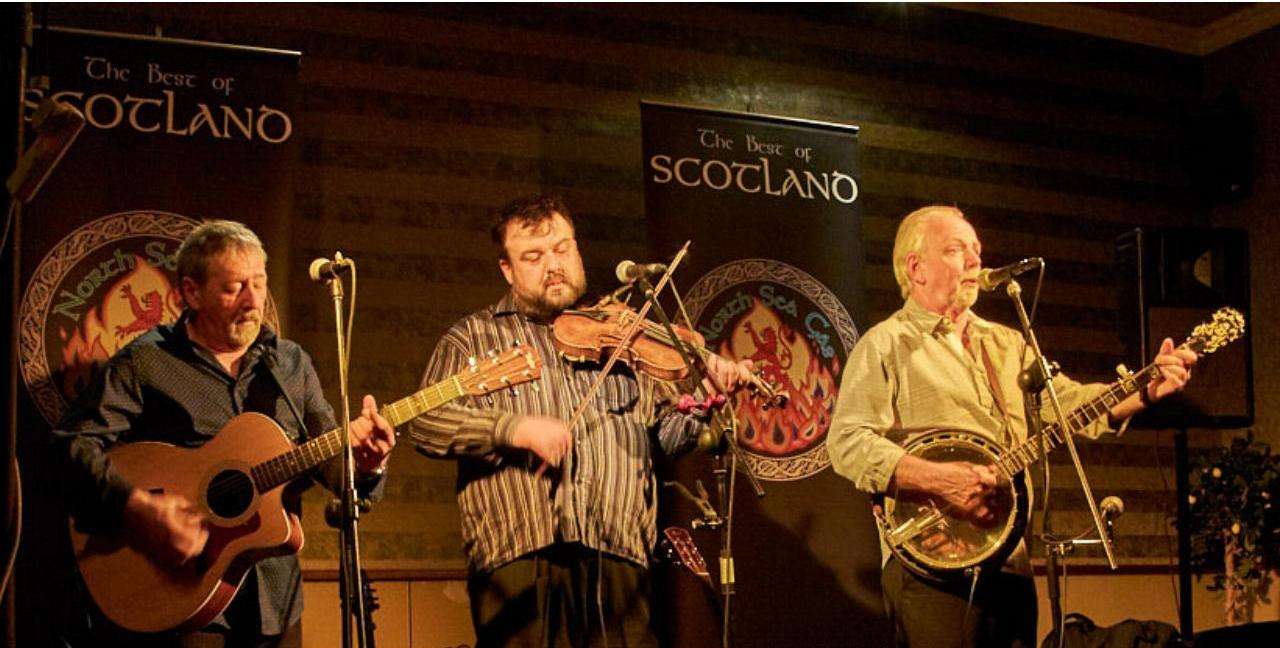 North Sea Gas (Ronnie MacDonald, Grant Simpson, and Dave Gilfillan) are a highly entertaining Scottish folk band that has been playing and touring worldwide for over forty years.

They are one of Scotland’s most popular folk bands, with great vocals and tremendous three-part harmonies. Guitars, mandolin, fiddle, bouzouki, whistles, bodhrans, banjo, and good humor are all part of the entertainment. They have received Gold and Silver disc awards from the Scottish Music Industry Association and regularly have sell-out shows at the Edinburgh Festival Fringe.

They are constantly adding new material to their show and have recorded 19 albums. A recent album, The Fire and the Passion of Scotland won the 2013 Album of the Year award from Celtic Radio in the U.S. as well as first place in the Jigs and Reels category for the set of tunes on the album. Celtic Radio says, “The band displays an attachment and a reverence for their roots from the very start. The music feels genuine, unpretentious, and spontaneous, with a fondness for storytelling and beautiful harmonies.”

Before the pandemic, the trio had filled and then brought down the house here four years running, so the Friends of the Walpole Public Library are thrilled to have them return to entertain. Admission is free and all are welcome. The Friends recommend checking for current information at //walpolelibrary.org/about/friends-of-the-library.