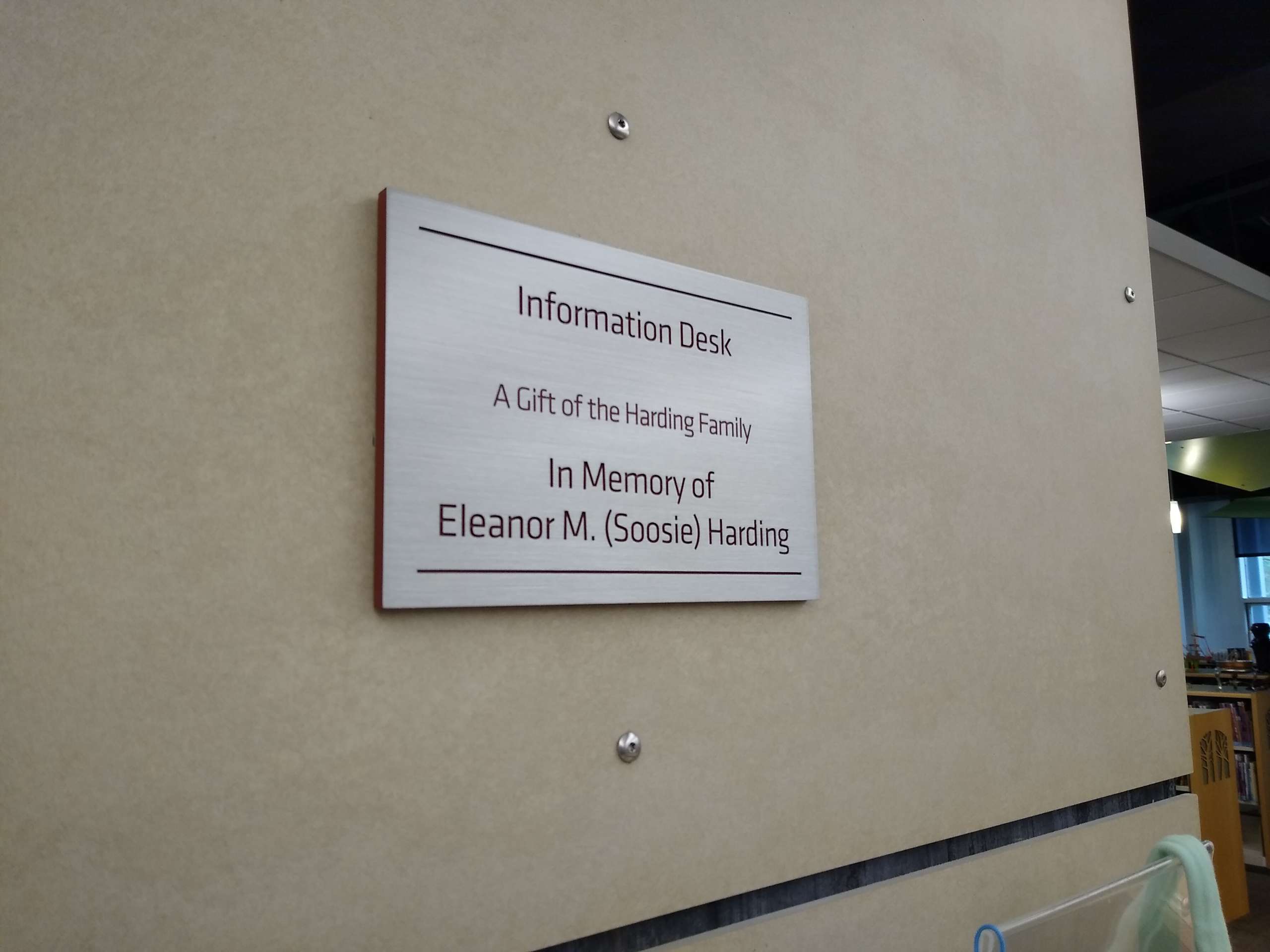 A special tribute to a fine lady…

Eleanor M. “Soosie” (MacLean) Harding was hired as the first children’s librarian at the Walpole Public Library in 1930. To honor the many years of kindness, support and exuberance that Mrs. Harding gave to this Library, the Children’s Room, was dedicated in her name in 1990.

Mrs. Harding passed away in Walpole, at the age of 92, January 25, 1999. She was the wife of Dr. Harry W. Harding, married 61 years with two sons, Colin and Samuel and many grandchildren and great grandchildren. Mrs. Harding was born in Swampscott and was the daughter of Norman Everett and Henrietta (Stewart) MacLean.

Raised in Lynn, Mrs. Harding spent summers with relatives in Cavendish, Prince Edward Island. She was a member of the Silsby Street Quaker Meeting in Lynn. In 1930, she moved to Walpole and, in 1990, moved to Mattapoisett. Mrs. Harding was a 1925 graduate of Lynn Classical High School and graduated from Simmons College in 1929 with a degree in library science — quite an accomplishment for women in her day.

From 1929-30, she worked for Sun Life Assurance Co. in Montreal. Her friend and former classmate Cas Eaton gave her the nickname “Soosie” after a Harry Lauder tune, “Soosie MacLean.” She remained the children’s librarian until 1938. She was a library trustee from 1943-90.

Mrs. Harding certainly brightened her corner of our world.